Polarized Thinking is destroying our potential to have independent thought 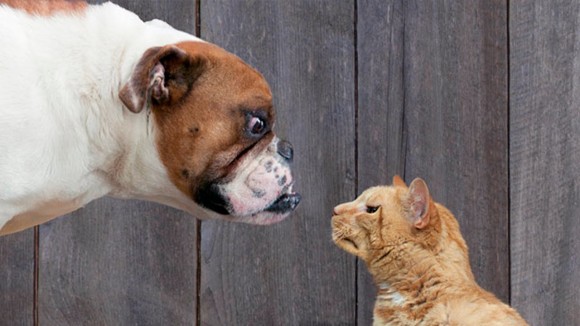 You’re Either a Dog or a Cat

I have been sick for two weeks. I’m pretty such my blood at this point is made up of at least 4% Robitussin. I hope this makes sense to people other than myself and my dog:

The need for distinction and separation in a country that once prided itself on inclusiveness is pulling apart America.

Our way of thinking is becoming minimalized, or at least I notice mine often being compromised. By default, we want things to be clean and simple. We want easy choices. And when there are only two choices to choose from, well making a decision that involves the most good isn’t so hard. I relate this to being a vegetarian in a steak house. I never have to worry about what I’m going to get to eat and never regret what I order, because more than likely there will only be one salad that I can have off the whole menu. Case closed.

The way of making choices based on polarized answers has taken over American politics. Things must fit into nominal categories, and for many things there are only two categories to choose from- The We or The They. You either are or you aren’t. There is no other answer. And this way of thinking is dangerous. It is “in-the-box” thinking. It is standardized test thinking. It is biased thinking that we start accepting as truth.

Donald Trump is a perfect example of someone who strives off people who have been beatened down by the media and other social control measures that promotes polarized thinking as the only way. For instance, it’s either you are part of the whole, the WE, that wants the country to be better, or you are part of the THEY that doesn’t care about the country.  There is no middle ground. And to question why there is no middle ground puts you into the THEY category, because, well, it’s not the WE. You either are a cool kid, or you are not. And you’ll pay the price for the not.

Poloarized thinking is everywhere. It is conveyed through our daily language. And I’m guilty of thinking in polarized terms, and using it as language and definitions as well: I am LEFT, not Right. I am a Woman, not a Man. I am White, not Black. I am Middle Class, not Upper Class. As much as I allow myself to be something, I define myself as NOT being something. Follow? I am left, therefore I also am not right. I am a woman, therefore there is no way I can be a man. I am white, therefore I cannot be black.

But I am starting to challenge this way of thinking because of its exclusitivity, and I don’t believe our minds are so black and white that we can only define ourselves in concrete terms. For instance, I am a woman, but can’t I just be a person? (This is where I get annoyed with the term “feminism” because I think it’s too much of a socially constructed word that turns people off more than it would if it was something more inclusive like “everyoneism”.) Anyways, I digress. Can’t we just say that we are a person? I’m a progressive, but I’m really just a person made up of a lot of components that can’t be separated into easy categories.

We Vs. They makes fighting for what you think is right easier. Because I think that we should have a reformed immigration system makes it easier for me to be part of the WE that isn’t the THEY. And the THEY is wrong. No matter what their view is, they are wrong. Which isn’t the correct way to think. There are many different reasons why people are against immigration reform, but by grouping them all together as my opposition, I am not open to expanding my mind of why. Dig it?

The We vs. They way of thinking is pulling our country apart. Trayvon Martin was when I first started noticing the media’s revitalization of binary way of thought. Even if white people, like myself, consider themselves allies with black people and organizations such as BLM, we still have this idea that we aren’t fully emerged BECAUSE it’s black vs. white. And since I am White, I therefore am not Black, and therefore cannot feel fully the injustices that black people feel when a black person is killed for no reason by a police officer. But I don’t know if I agree with this. I don’t have the history in my genes of oppression, but I do by default because I am an American citizen. And therefore I have to believe, that ultimately there is an “us”. And it’s just not letting terms define what we are and what we are not. It’s making sure we are using our voice and standing up for what is the greater good, no matter how complicated it may be.