Last week, Bernie supporters, DemExiters, and the remaining disillusioned Dems have had our beliefs proven by Donna Brazile’s recent book that finally reveals that the DNC rigged the 2016 election in favor of Hillary Clinton. Most of my compatriots who fall into the aforementioned categories have known that the DNC was not on our side since 2015, so Brazile’s claims aren’t necessarily news to us. However, it is a bit satisfying that our truth has been recognized as such, and that we aren’t the un-American, conspiracy theorists, election-sabotagers that the Democratic Party has made us out to be. I personally have not rejoiced over Brazile’s admittance, although I am grateful for it, because I think the Democratic PR Machine is working right now to dissolve this mess and replace it with their rallying cry of “We did nothing wrong!”. This post is to hopefully help people understand what happened, so that the truth is a bit harder to sweep under the rug. 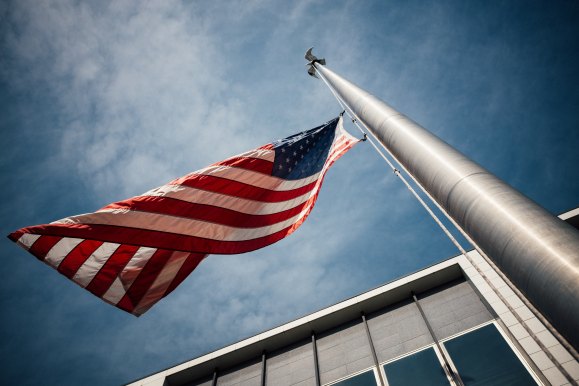 Hillary Rodham Clinton (HRC): 2008 Democratic Presidential Primary loser to Barack Obama and 2016 Democratic Presidential Candidate loser to Republican challenger, Donald Trump. Since her loss, she has been spending her time promoting her book, “What Happened”, which details the 16 reasons why she lost the election (none of the reasons have to do with her or her campaign, fyi).

Democratic National Committee (DNC): is the organization  that runs the Democrat Party. They help figure out who to run, craft the party’s platform, and create campaigns to get Democrats to win unilaterally across local, state, and national races. It’s main purpose is to raise money and then use this to best strategize ways to get their candidates to win. When people want to donate money to the Democratic party, the DNC is the beneficiary.

Debbie Wasserman Schultz (DWS): She was one of Hillary Clinton’s top aides for her 2008 campaign. She became the chair of the DNC in 2011, where she took Tim Kane’s position, who would later be HRC’s 2016 running mate. She resigned from the DNC in 2016 after emails were published that showed her preference towards HRC during the campaign, among other allegations. She was a close friend to HRC, and didn’t resign herself from the DNC during HRC’s 2016 run, which is pretty unethical considering the chair is supposed to be unbiased. I mean, how can you be unbiased when one of your BFFs, and someone who would give you a top job in her administration, is running for president? For further reading, see this post from 2015 where I was first critical about DWS’ bias for HRC and the lack of Primary Democratic Debates between HRC and Sanders.

Donna Brazile: Took over as interim chair of the DNC in 2016, when DWS resigned, until Feb 2017 when Tom Perez was voted in as chair. Her book, “Hacks“, which this article is based on, comes out November 7th.

Brazile’s book talks about a conversation she had with Gary Gensler, Hillary’s Chief Financial Officer, when she took over the DNC in the summer of 2016.  He explained to her that in 2015, the DNC, under DWS’s rule, contracted an agreement known as “The Joint Fundraising Agreement between the Democratic National Committee, the Hillary Victory Fund, and Hillary for America”. Apparently, the DNC was in debt in 2015 due to Obama’s campaign, and DWS was a shitty fundraiser and manager.  Under this agreement, HRC would pay off the DNC’s 2 million dollar debt (which is kind of measly, right?) in exchange for having control over the Democratic Party’s finances, strategy, and all of the money raised. Anything that happened within the DNC and the decisions about everything from operations to messaging of the Democratic Party had to go through Hillary. HRC had control of the entire party, ultimately halting any potential support from the party to go towards Sanders. Brazile writes, “The campaign had the DNC on life support, allocating money each month to meet its basic expenses, while using the party as a fund-raising clearinghouse”.

Brazlie’s book is the proof that all of us who dared to question HRC and the DNC had waited for: that Bernie Sanders’s chance at winning the 2016 primary was doomed from the start due to the pro-HRC biased messaging and spending disseminated throughout the US by the Democratic Machine (DNC), which had HRC at the helm. The question is, now that our beliefs have been confirmed, will anyone who refused to believe that HRC or the party did anything wrong acknowledge and accept this new reality? Sadly, I have my doubts. I believe that the DNC and HRC manipulated messaging and took advantage of creating and promoting identity politics which lead to the formation of the current militant group of anti-Trumpers/HRC lovers, who shun and shame any thought that is outside of the Democratic box. The HRC “Feminist” Facebook Moms, who identify and exploit the message that they were wronged due to no fault of their own, most likely aren’t willing to open their ears to Brazile’s truth, let alone accept it. And that’s the problem. Even though the truth is out there, even though it’s been clear that the deck was stacked since 2015, too many people aren’t willing to accept that their golden calf was actually a serpent  who cares nothing of truth, virtue, dignity, fairness, or the democratic process from inception.

Again, I sadly don’t expect much to happen from this news. I hope it helps persuade people to question the Almighty Democratic Doctrine, but my faith in this is pretty low. I guess all we can do is continue to strive for truth and hope others eventually recognize that the truth is more important than being right.

I used Brazile’s book excerpt and the actual Joint-Fundraising Agreement as the main sources for this article.