#METOO and Challenging the Patriarchy

I recently broke my number one rule about social media usage: don’t engage with people who aren’t willing to hear a different point of view. I took this stance about a year and a half ago and it’s been pretty beneficial to my mental health. I often see things posted on social media that irk me because I believe them not to be true, but I need to step back and recognize that the poster believes what they posted and that’s okay. Unless someone is soliciting feedback, I won’t engage, so most the time I brush off stupid facebook posts as just that- stupid. Now listen, I love talking about things I’m passionate about, and a large part of my interests are all things intersectional-feminism. I love engaging in real discussion IRL (this is one of the reasons why I miss graduate school so much), or as a proxy I will respond to comments on my blog or to direct messages, but these occurrences are few and far between lately. My practice of not engaging with people on Facebook has strengthened my own beliefs and values because I take the time to learn as much as I can about an issue so that I can write a cohesive and well thought-out blog post. Another one of my digital media rules is to write my blog with the only expectation being that it is self-serving to me. If other people read it, that’s way super cool, but the point of my blog is for my own catharsis, a placeholder for the discussions I often don’t get to have face to face. 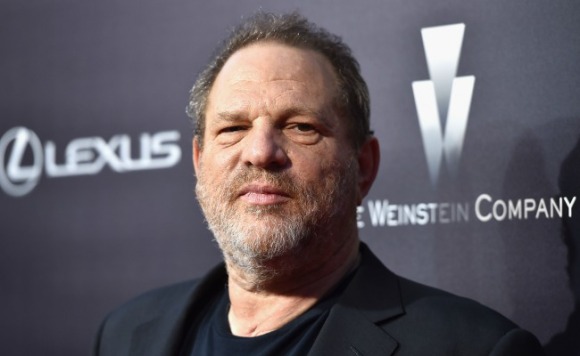 What a gross fat f*ck

So lately, all this stuff about Harvey Weinstein and the the #metoo campaign has got me a little bit optimistic because I think this is perfect timing to push for real pro-feminist measures, like Affirmative Consent. I know some people (mostly men from my observations) found all the #metoo posts surprising, but I think most women were pretty chill about it, since sexual harassment is part of the woman experience. I think the #metoo campaign has been pretty successful in getting the conversation really rolling, and opening up a lot of people’s eyes to the enormity that is sexual harassment and misogyny behavior.

This brings me to the stupid Facebook comment-discussion I had. Basically, the person was saying that if the victims of Weinstein knew about his predatory behavior than why did they choose to go to his hotel rooms? I tried to explain my understanding of what this might feel like, based on my own worldview and experiences as a woman. I tried explaining to this person that there still continues to exist a hierarchy in male/female relationships, not in all arenas, thank God, but in many areas and aspects of life. It’s sad and antiquated, but unfortunately they exist. I tried explaining how I could imagine that this power relationship probably continues to exist in Hollywood culture (just as these abuses are able to exist in any closed system that is self-serving), as it’s been passed down from generations before. Women still do not have equal power in a lot of institutions and systems, and Hollywood seems to be one..Weinstein’s behavior was normalized by never being questioned, and therefore it was validated and allowed to continue. Weinstein’s victims probably experienced cognitive dissonance when they were walking to the hotel room, but they were in the weaker position in this power imbalance where saying no had worse consequence than being coerced into sex.

I related this to my own experiences of dealing with this imbalance in male-female relationships. When I was 19, I worked full time in the service industry where the assistant manager was a creep. This assistant manager used to make offhand comments and would buy our uniform blouses a size too small. I would be as cold-shouldered as possible towards this man, but I watched many other female co-workers put up with him constantly making innuendos, hitting on them, commenting on their bodies, etc. I couldn’t stand up to him, because I needed my job, and I was in a work-culture where this behavior was tolerated. He made my schedule and I worked basically the same hours as he did, so had I tried to stand up, I knew there would probably be retaliation. I knew that it was wrong that I had to put up with this behavior, but I also knew that it was normalized and if I wanted to keep my job or at least keep my job as stress free as possible, then it would be best that I keep my mouth shut. Happy ending: he was eventually fired for other reasons. But here’s a takeaway: I didn’t even really realize that this was that big of a deal. Because it was totally normal and I had experienced instances like this before in my short life then, and I have continued to experience power inequalities over the next decade.

The person I had the facebook disagreement seemed to be most offended when I insinuated that he was victim blaming. He said that we don’t leave our cars unlocked in shady neighborhoods and then expect people to be shocked or feel bad for us when our car is stolen, and therefore we shouldn’t be shocked or feel bad for the women who went willingly to Harvey Weinstein’s hotel room since they knew his reputation. I explained to this person that I could understand his frustration about this seemingly double standard of accountability. Then I let my emotions get the best of me, and told him that I could understand how it’s hard to not blame the victim in these situations. I knew that this would stir the pot, but I felt it necessary to call out what his argument deduced to. The is a difference in these two examples based on their context- one exists without a power dynamic, one exists within a power dynamic. The problem isn’t Weinstein in this case, it is the SYSTEM that supports and normalizes this behavior which is the larger, overarching perpetrator. Patriarchy is the real problem, and even though these women knew about Weinstein’s reputation, they were still in a system that enabled such coercion.

See, this is the intersection that I care about in this whole thing. It’s not the sensationalism that there are so many abuses in Hollywood against those in lowered powered positions, which is horrific in itself, it’s the fact that we live in a Patriarchal society where such abuses of power can take place. Calling out abusers can be extremely empowering for victims, which is why I think the #metoo campaign has been so successful. Sadly though, acknowledging that sexual abuse is rampant will not change its pervasiveness if we continue to live passively in this system that supports inherited power relations between genders.

Our entire world history is a patriarchal one, and we’ve only just began to shift the locus of control on the continuum of power towards a more balanced society. Women haven’t even been voting for 100 years yet. Too often I observe areas where we are stuck in ingrained ways of thinking, and the solution is to reexamine these beliefs! Moving from a Patriarchal society to a more inclusive and intersectionally just one is going to take work, and it is going to take the type of momentum that the #metoo campaign had 100 times over. We have to reexamine how our society understands our own values, and then change our beliefs and behaviors based on these principles. And guys, we can do it. If we can all begin to envision a world where gender hierarchy doesn’t exist, then we can have a world where gender hierarchy doesn’t exist.